HomeHealth & MedicineEarly Life Experiences Can Have Long-Lasting Impact on Genes

Early Life Experiences Can Have Long-Lasting Impact on Genes

In a new study about fruit flies headed by researchers from UCL found that early life events can have an impact on the activity of our genes much later in life and even affect our longevity.

A new study on fruit flies led by UCL scientists demonstrates that early life events can have a lasting effect on the activity of our genes and even on our longevity.

In the study, which was published in the journal Nature Aging, the researchers demonstrate that ‘memory’ of gene expression can last for a long time and may represent a unique target for enhancing late-life health (Martínez Corrales et al., 2022).

Dr. Nazif Alic at UCL Institute of Healthy Ageing, UCL Bioscience, is the study’s lead author. He states, “Health in old age depends partly on what a person experienced in their childhood or even in the womb. Changes in gene expression throughout adolescence can create a ‘memory’ that influences health more than half a lifetime later.”

The scientists expanded on their earlier findings that fruit flies with a high-sugar diet early in the life lived shorter lives, even when their diets were altered as adults. Here, the authors identify the mechanism that likely explains the result.

In the study, the researchers discovered that a high-sugar diet suppressed a transcription factor dFOXO that modulates glucose metabolism and is known to alter lifespan; therefore, they aimed to achieve the reverse effect by raising dFOXO’s activity directly.

Transcription factors are proteins that control the transcription, or copying of DNA information into messenger RNA, the initial and essential step in gene expression. For this work, dFOXO was activated by boosting its levels in adult female fruit flies during their first three weeks of life.

They discovered that these early-life events generated alterations to chromatin – a complex of DNA and proteins that may be viewed as the “packing” of DNA – that persisted and led to the expression of genes differently later in life. This counteracted specific expected aging-related changes, finally enhancing health in old age and influencing the fruit flies’ lifespan by more than a month (half a fruit fly’s lifetime) later.

According to the researchers, these discoveries may also affect human health in old age.

Dr. Alic stated: “Early events in an animal’s or person’s life might impact their genes’ behavior later in life, for better or worse. A bad diet early in life, for instance, may affect our metabolism later in life by altering how our genes are expressed, even after major dietary adjustments over the years.”

“Now that we understand how the memory of gene expression can survive over the lifespan to influence gene activity, we may be able to create methods to prevent these changes later in life to protect health and enable people to remain healthy for longer.”

Coffee Consumption Is Associated with Lower Risk of Death 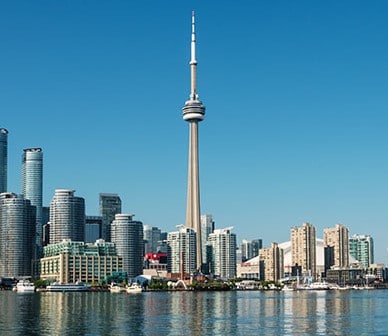 Molay Roy - December 2, 2022 0
A diet high in antioxidants, fiber, lean proteins, and vitamins and minerals may provide the body what it needs to perform at its best...

COVID-19 Vaccine Reluctance in The United States and Beyond

Obesity: Overeating Is Not the Primary Cause

Women Though Live Longer Can Live Better with an Improved Diet

Membrane Around Tumors May Be Key to Preventing Metastasis

Memory Details Fade Over Time, Only the Main Gist Preserved

Science Trend©, an online science magazine, provides popular stories in the field of health, social, earth, climate, and technology. From health research discoveries to space missions, we cover the most popular stories. If you have a story idea about science that you'd like to see covered, let us us know via Submission. For additional information, please contact us on Facebook or by Email