Moderna vaccine (mRNA-1273) that encodes S-2P antigen, generates immune response, is safe and well-tolerated in healthy adults. The result is published in NEJM.

A vaccine is required to boost acquired immunity against a disease-causing pathogen. It is usually prepared from the killed or weakened pathogens, from its nucleic acid or the receptor proteins. In most vaccine development projects, it takes several years to manufacture a vaccine before its approval for clinical use or to have the material delivered for human trials (Pronker, Weenen et al. 2013).

The disease Covid-19 caused by the virus SARS-CoV-2 has severely compromised global human health since the report of the first case of hospitalization on December 12, 2019, in Wuhan, China surfaced.

Once the complete genome sequence of the virus was posted on January 10, 2020, many scientists around the world have started looking for a suitable vaccine capable of protecting human health against the virus SARS-CoV-2 that infected nearly 15.8 million leaving over 637 thousand dead as of July 24, 2020 (worldometer.info 2020).

Therefore, S protein is widely considered a prime target for the development of antibodies, entry inhibitors, and vaccines against SARS-CoV-2 by the scientific community (Ahammad and Lira 2020).

A group of scientists from biotechnology company Moderna, Inc. and the National Institute of Allergy and Infectious Diseases (NIAID) has developed a vaccine called mRNA-1273 (Jackson, Anderson et al. 2020). The vaccine encodes the S-2P antigen, consisting of the SARS-CoV-2 glycoprotein with a transmembrane anchor and an intact S1–S2 cleavage site.

The result of the phase-1 trial of this vaccine is now official. According to a recently published NEJM report (Jackson, Anderson et al. 2020), the vaccine was found generally well tolerated and prompted neutralizing antibody activity in healthy adults. Within 45 days after genome information of this virus was posted, the development and delivery of clinical trials candidate was completed.

Out of 45 participants, 42 received both scheduled injections. After the second vaccination, the antibody activity test showed the levels were above the average values found in 45 convalescent serum specimens, collected from persons with confirmed COVID-19 cases. It is noteworthy that within 65 days after genome information becomes available, the first person received the trial vaccine.

Regarding safety, more than half of the participants reported fatigue, headache, chills, myalgia, or pain at the injection point. After the second vaccination, systematic adverse events were common, particularly with the highest dose. At the end of the trial, three participants in the 250-μg dose group reported at least one severe adverse event.

The NIAID partially funded the project. More details of the trial candidate can be found on ClinicalTrials.gov number, using the identifier NCT04283461.

A study published online in the journal Neurology suggests that consuming or drinking more flavonol-rich foods, such as fruits, vegetables, tea, and wine, may prevent memory loss.

Make Tea! Black Tea May Help Your Health as You Age

HDL cholesterol may not be as useful in predicting cardiovascular disease risk among persons of various races and ethnicities as experts formerly believed. 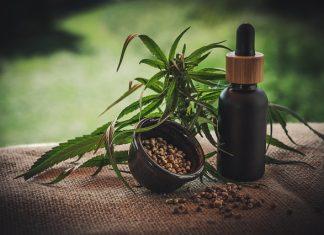 Regardless Of the Therapeutic Impact, Cannabis Studies Have Received Favorable Media... 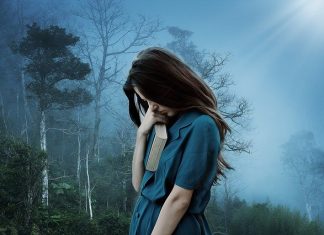 5-minute Workout Lowers Blood Pressure as much as Exercise, Drugs

Climate Change May Have Driven the Emergence of SARS-CoV-2

February 10, 2021
Beeghly on Optimal Nutrition Is Directly Linked to Improved Mental and Physical Condition
Ana on More Alcohol, Less Brain: An Association That Begins with Just One Drink A Day
Alfie on Diet Rich in Plant Products Reduces the Risk of Cognitive Impairment in the Elderly
Georgiana on Illegal Gold Mining Turns Pristine Rainforests into Mercury Sinks
Muhammad Sobari on Climate Change May Have Driven the Emergence of SARS-CoV-2

Regardless Of the Therapeutic Impact, Cannabis Studies Have Received Favorable Media Attention

An avocado a day could help redistribute belly fat in women toward a healthier profile, reports a new study from the University of Illinois.

Teenagers who use cannabis frequently may be more likely to have children born preterm, when they become parents up to twenty years later, finds a new study.

A Higher COVID-19 Vaccine Coverage by Summer Can Prevent Millions of...

Vitamin D Supplements May Reduce the Risk for Opioid Addictions

Science Trend© features popular science news on health, social, climate and technology. If you have a story that you'd like to see covered, join our team of writers. Submit your article via Submission. For more information please contact us on Facebook or by Email

To get email updates from Science Trend.