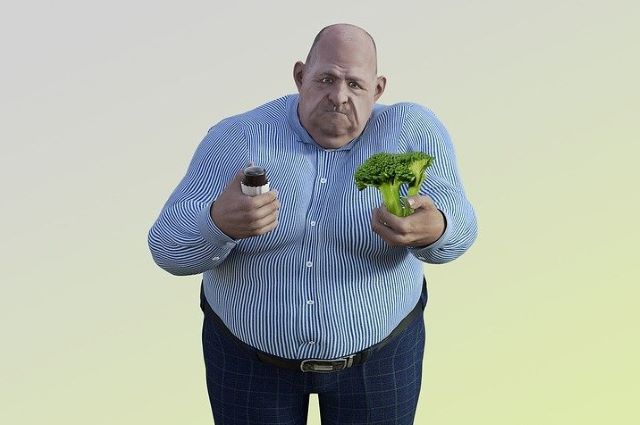 Obesity causes depression and lowers well-being. A new study from the United Kingdom shows both social and physical factors may play a role in the effect.

Obesity has long been known for its role in causing cardiovascular disease, diabetes, and premature death. However, whether this condition affects our mental health has been remained a topic of research.

Both metabolic factors and social issues, such as social stigma, play a role in the connection between obesity and depression.

In 2008, a comprehensive review published in the journal International Journal of Obesity (London) found weak evidence supporting the idea that obesity may increase the incidence of depression outcomes (Atlantis et al., 2008). The study included 24 studies, 4 were prospective cohort studies, 20 cross-sectional studies, 10 of which were from the United States.

Abdominal obesity and excess fat at waist area increase the risk of heart disease even if BMI index is within ...
Read More

Eating a low quality diet during pregnancy may be associated with an increased risk of obesity and excess body fat ...
Read More

On the other hand, in their review, Luppino and colleagues established a connection linking depression with obesity. In the study, the authors investigated 15 longitudinal studies involving 58,745 participants. They found that the onset of depression was significantly higher among adults aged 20-59 years and > or =60 years, but not among the younger population aged <20 years.

Several biological reasons have been highlighted as probable causes for obesity-induced depression:

A new study on a larger population recently provides further evidence that being overweight causes depression and lowers well-being. The study further indicates that the biological factors and several social factors play a role in the effect. The study findings are published in the journal Human Molecular Genetics (Casanova et al., 2021).

Globally, an increasing number of people are suffering from this health condition. In the USA, the prevalence of obesity—Body Mass Index (BMI), greater than or equal to 30 kg/m2 —is 42.2%, according to a 2017-18 estimate. The health condition also affects the younger population.

While the danger of being obese is well known, the new study investigated if obesity affects mental health and whether other than biological issues are involved.

The research team used genetic analysis, known as Mendelian Randomisation, to examine the involvement of psychosocial traits, such as social influences and community humiliation, or biological conditions, such as altered metabolic pathways linked to higher BMI associated with hypertension, diabetes, and cardiovascular disease.

While poor cardiovascular health damage blood flow to the brain increasing the risk for dementia, a new study indicates that ...
Read More

The team used two sets of previously identified genetic variants to investigate the pathways that may involve in causing depression in overweight or obese people.

Both sets of genes are linked with developing higher adiposity, meaning the genes add more fats to the body. However, their biological impacts are different. One set of genes makes people accumulate more fat but metabolically healthier and are less likely to develop metabolic conditions such as high blood pressure, type-2 diabetes, which are linked with higher BMI.

On the other hand, other genes still make people fatter but prone to developing metabolic conditions such as hypertension and diabetes.

Our research provides additional evidence that being overweight causes depression. Finding ways to support people to lose weight could benefit their mental health as well as their physical health.

The team found little difference between the effects of two sets of gene variants. The estimates for depression and well-being were consistent for both sets of genetic variants, suggesting that the pathway from higher BMI to adverse mental health is not purely metabolic and, to some extent, may be driven by other factors.

“Our research suggests that being overweight leads to a higher risk of depression, regardless of the role of metabolic health.” said author Jess O’Loughlin, at the University of Exeter Medical School. “This suggests that both metabolic factors and social issues, such as social stigma, play a role in the connection between obesity and depression.”

“This is a robust study, made possible by the quality of UK Biobank data.” said lead author Dr. Francesco Casanova at the University of Exeter Medical School.

“Our research provides additional evidence that being overweight causes depression. Finding ways to support people to lose weight could benefit their mental health as well as their physical health.”

More Alcohol, Less Brain: An Association That Begins with Just One Drink A Day

COVID-19 Vaccine Reluctance: In The United States and Beyond

Approximately one in three American are unlikely or hesitant to get COVID-19 vaccine. Acceptance rates are high among Chinese (90%) and low among Russian (55%). Other than the vaccine's safety and efficacy, trust in governments is strongly associated with vaccine acceptance.

Can IL-6 level be an independent risk factor for the severity...

Obesity: Overeating Is Not the Primary Cause

2022 preview: mRNA tech behind covid-19 vaccines could get new uses

More Alcohol, Less Brain: An Association That Begins with Just One Drink A Day

Science Trend© features popular science news on health, social, climate and tech. Links to the news sources and relevant journal citations are presented at the end of each post. For additional information, please contact us on Facebook or by Email